We were so lucky again with the weather for Nab Cottage Yoga Hikes weekend.  We had two glorious days of hiking and yoga in the most perfect location in the Lake District. 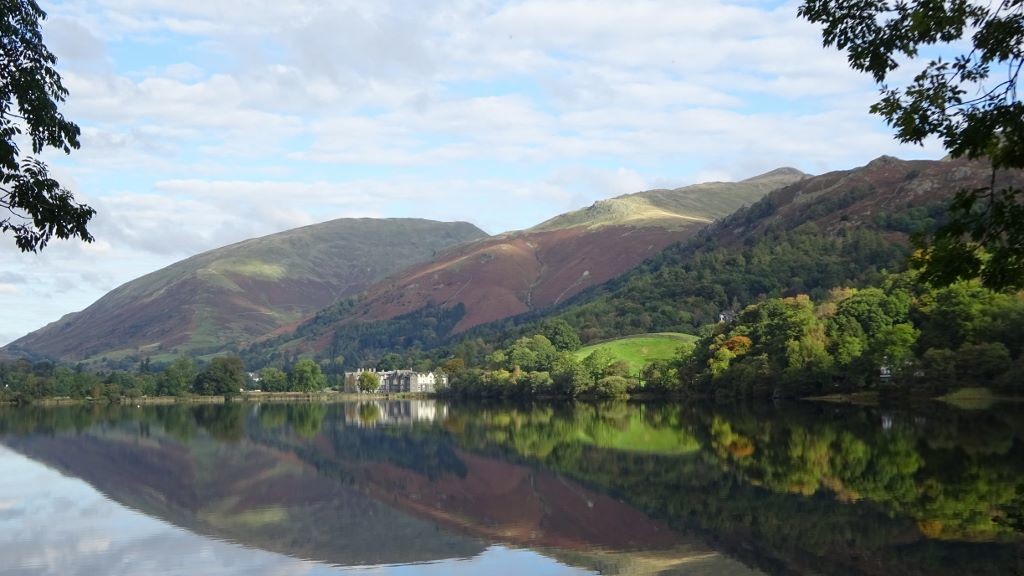 Our Saturday hike took us around the beautiful Grasmere.  We followed the shore line, to get some fantastic views of the hills overlooking the lake, before reaching Grasmere village for a coffee and comfort break.

We then followed the interestingly named Sourmilk Gill out of the village and up towards Easedale Tarn.  Sourmilk Gill is named after the colour of the water as it tumbles over the waterfall half way down.  When in full flow the river looks white, as if someone has just thrown down a bucket of sourmilk in fact.  Gill by the way is a local name for a steep and tumbling river. 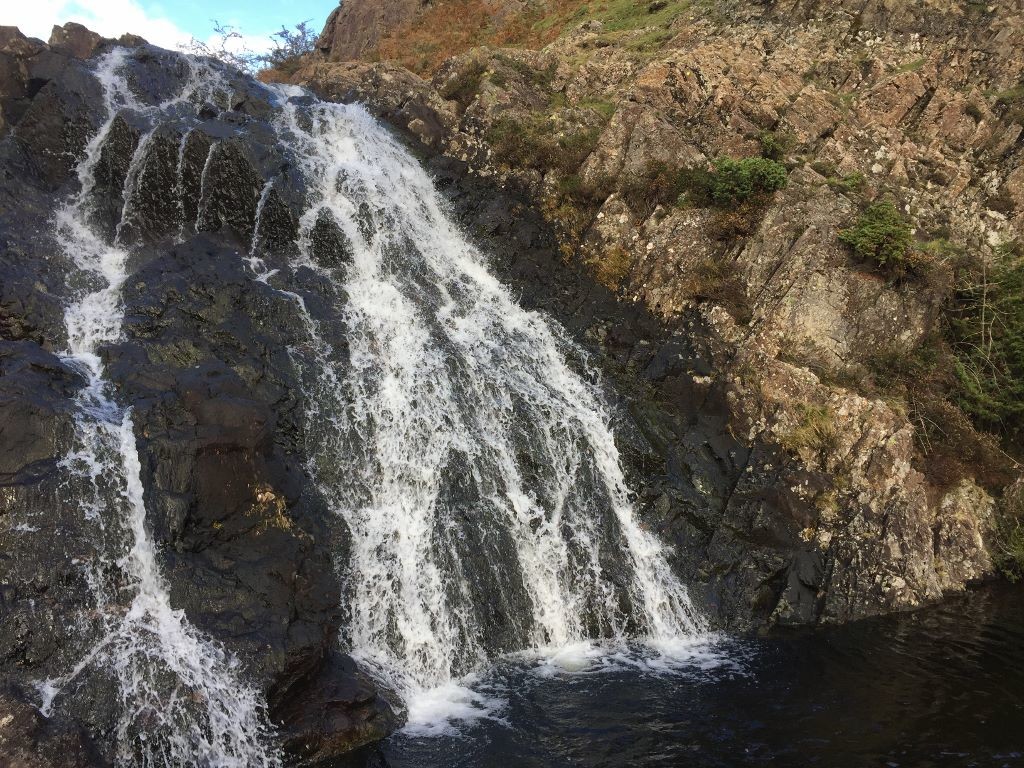 I have to say it wasn’t looking at its best today, as it had been thankfully quite dry.

Our next stop was Easedale Tarn, for our lunch break.  Easedale is a perfect example of a Glaciated valley and it is a spectacular setting surrounded by the higher mountains and steep sided cliffs. 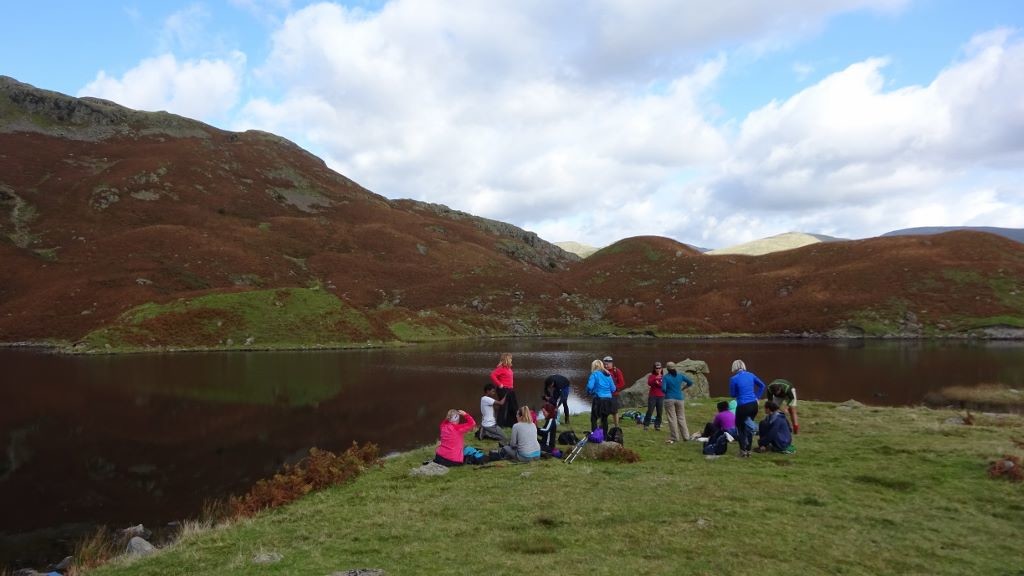 We followed an alternative route back down to Grasmere and continued through the village.  Stopping for a short while, at first the gingerbread shop, then wordsworths grave, then Dove cottage we carried on to White Moss.

White Moss is a great viewpoint overlooking Rydal water and has some great rocks, very conveniently placed for sitting on and posing. 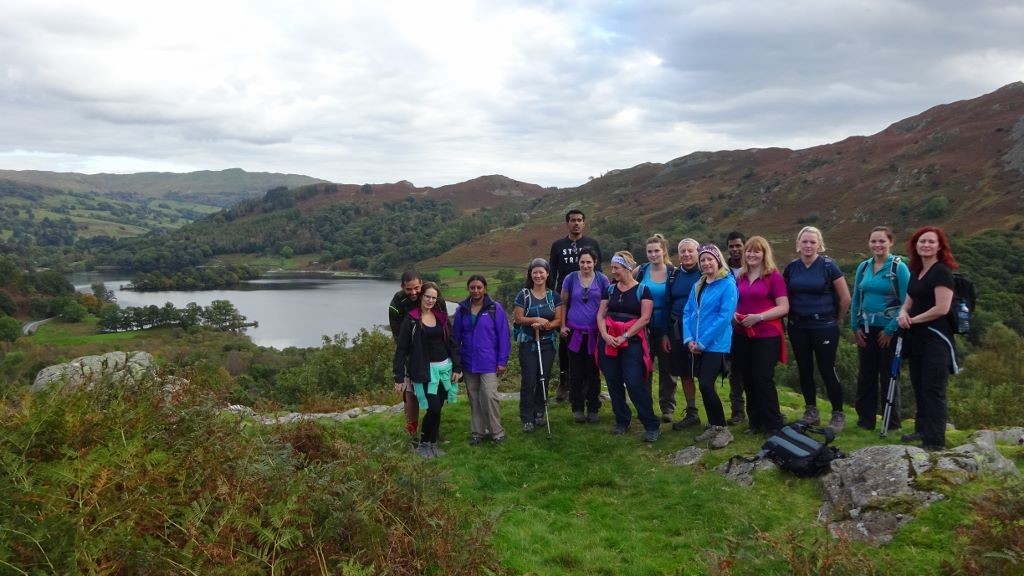 When we arrived back from the first day of our nab cottage yoga hikes trip, the sun was shining and there was really only one thing to do.  That was to have tea and cake outside in the garden overlooking the lake. 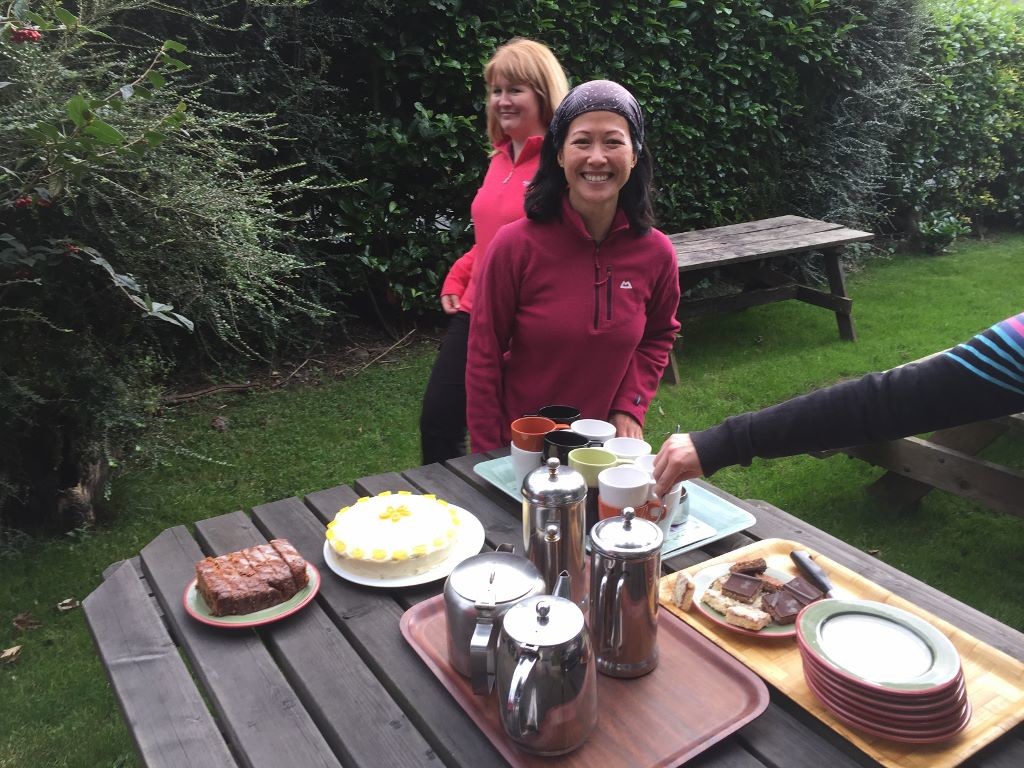 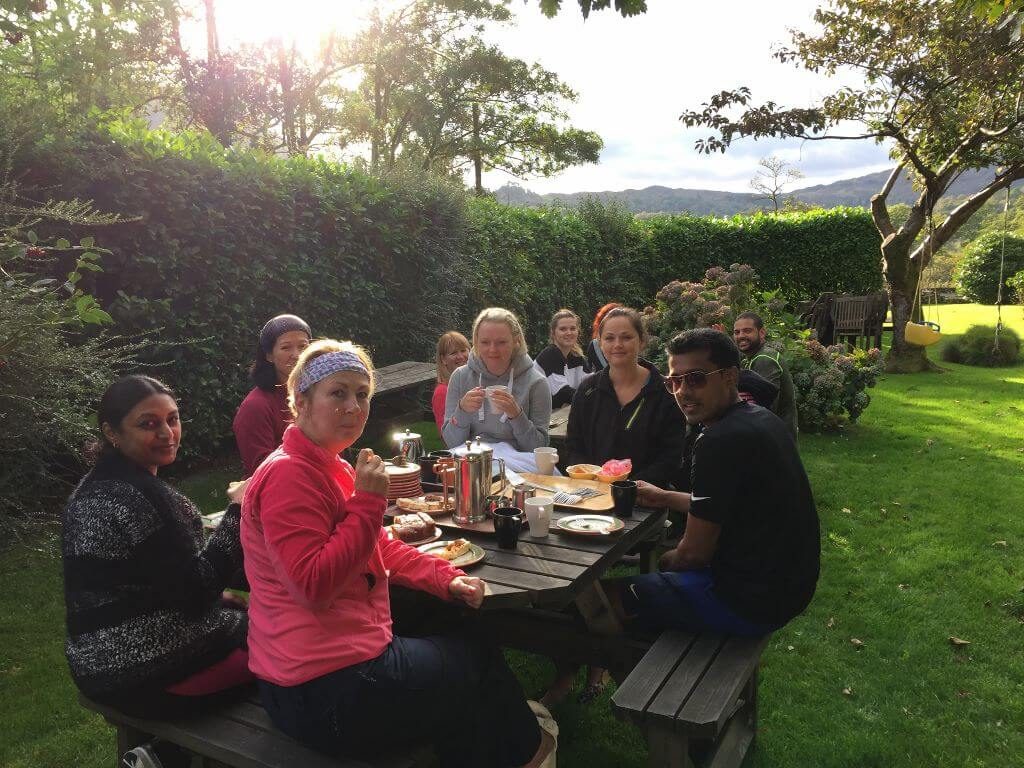 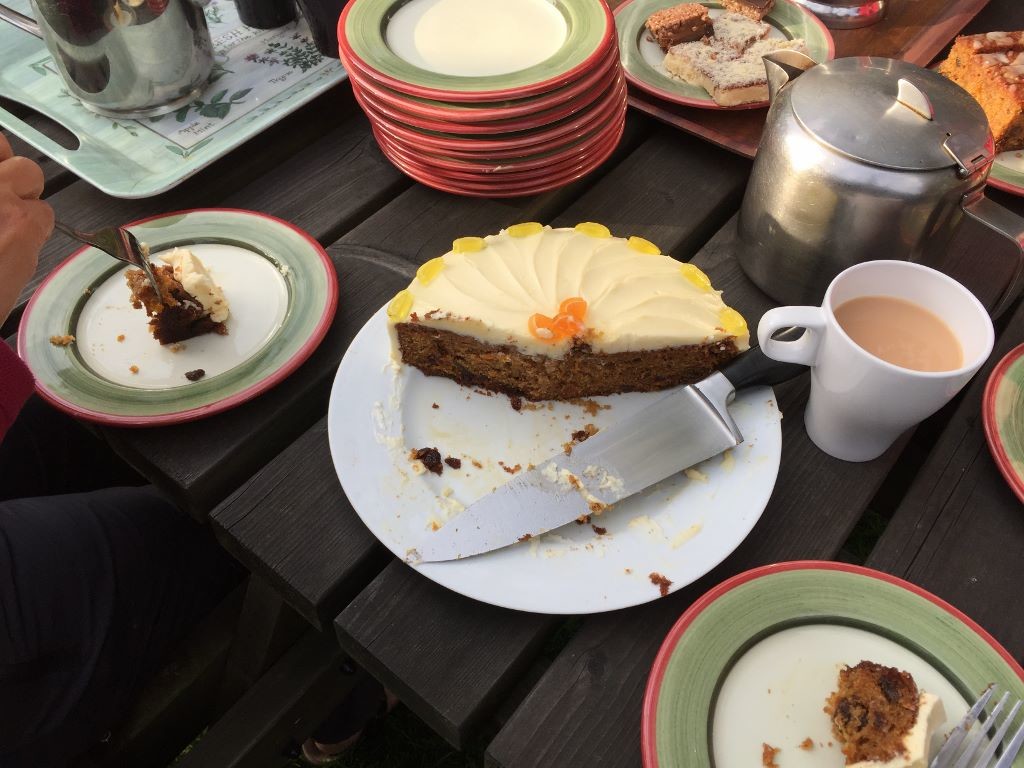 However, some of us obviously had other ideas and decided that the lake was too inviting and too tempting to just ignore. 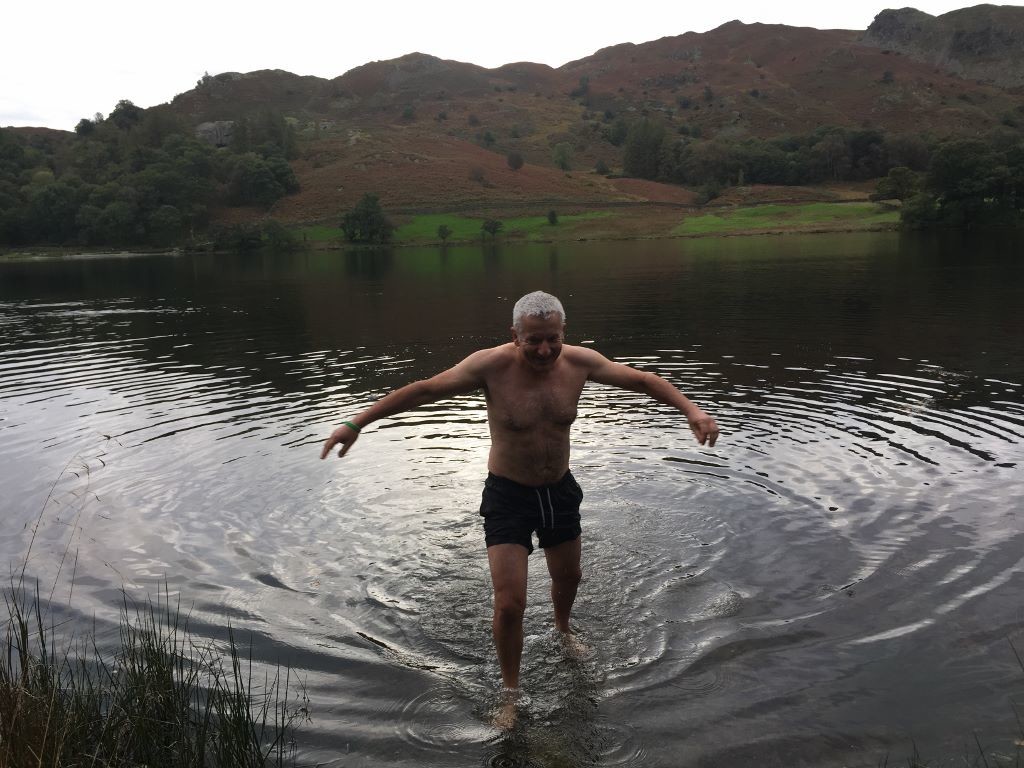 However, the swim didn’t last too  long and then it was off to the hot tub! 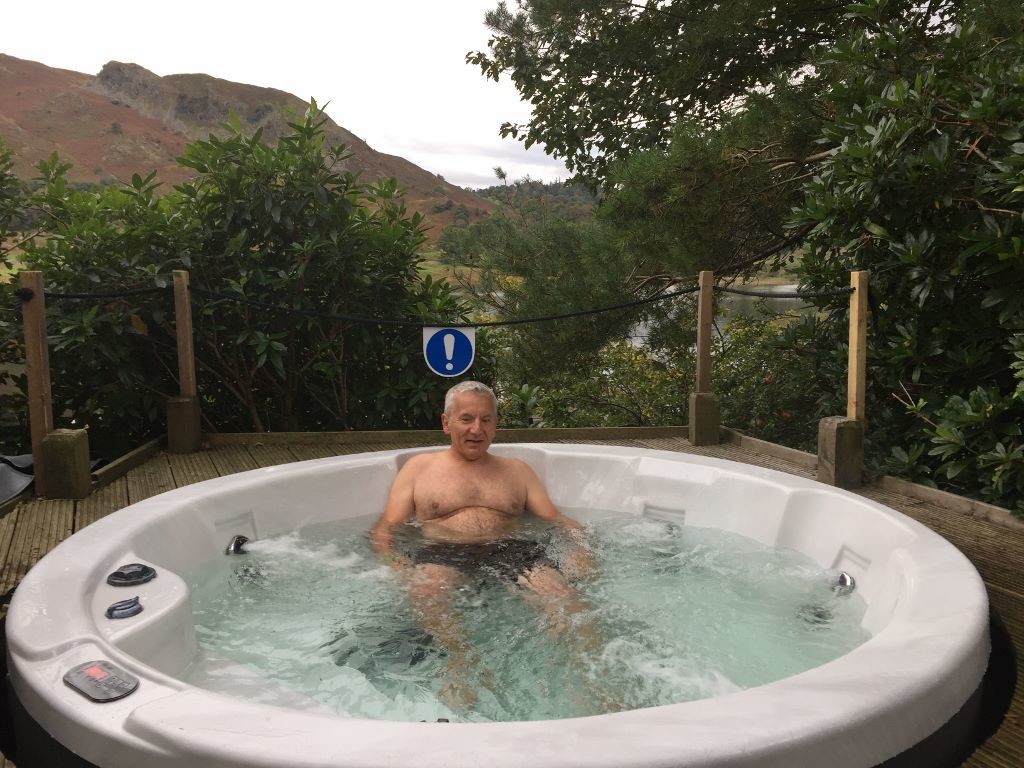 Several other members of the group decided that the Sauna followed by hot tub was a much better option.

After all this activity it was into the studio for the last yoga class of the day, led by Yen. 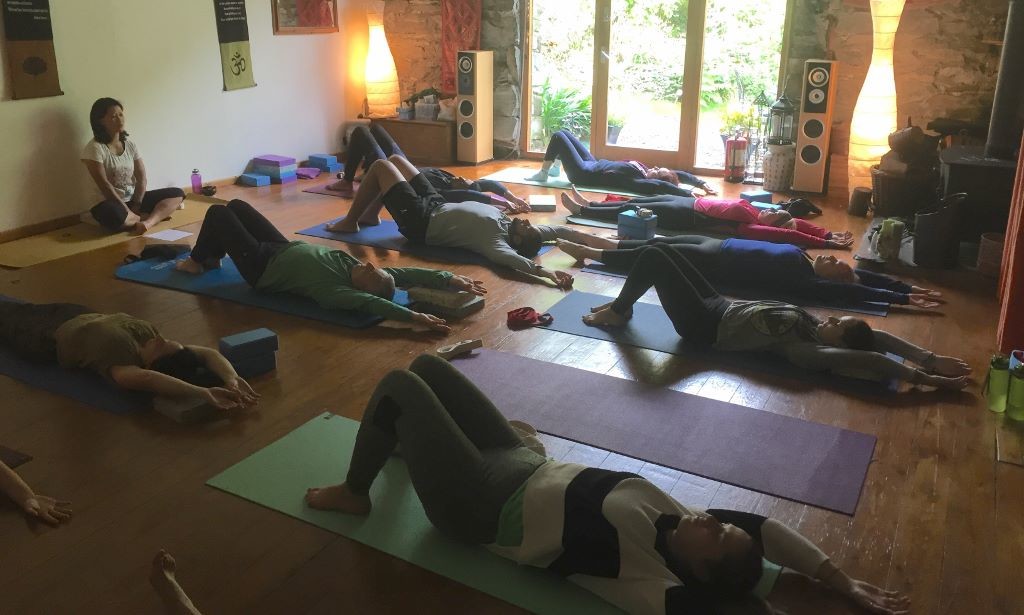 Sunday was a spectacular morning as we gathered together after yoga and breakfast before heading out for our day hike. 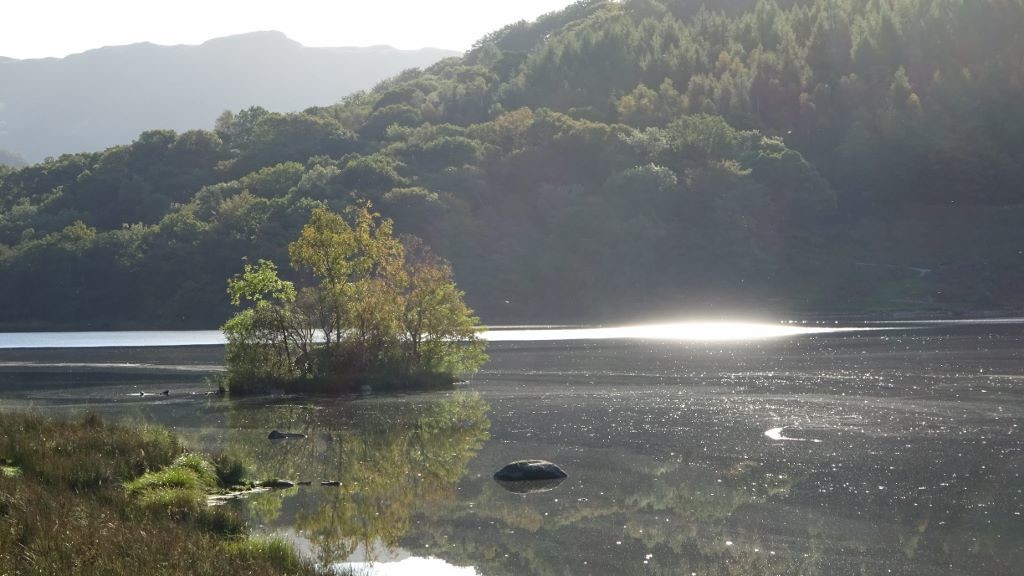 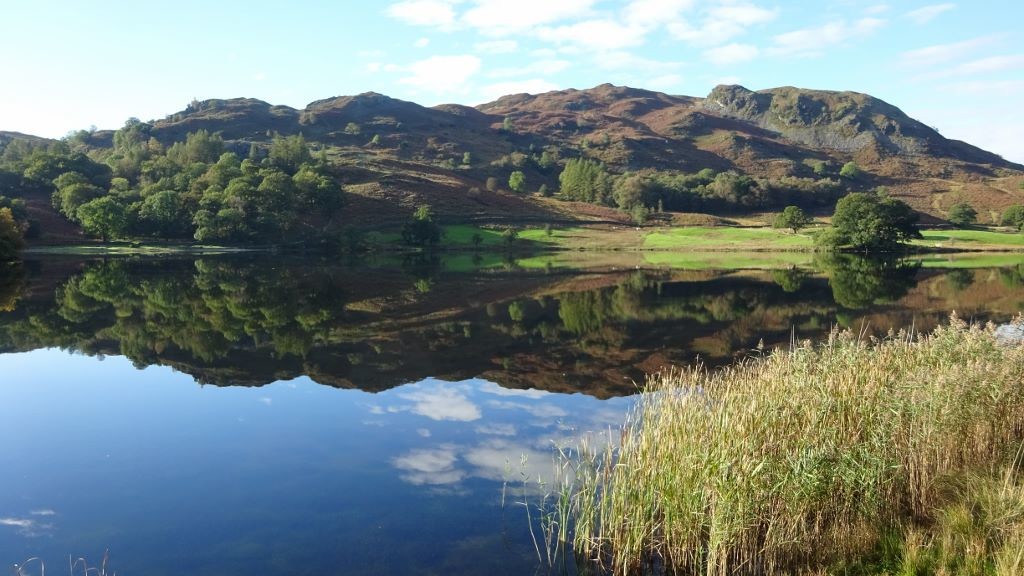 We made our way towards Ambleside and then hiked up to the viewpoint of Todd Crag with fantastic views over Windermere. 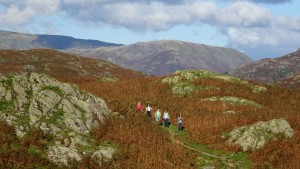 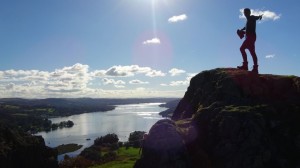 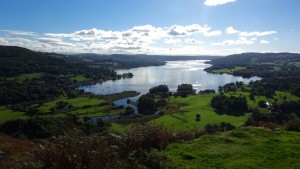 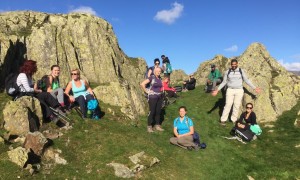 The next stage of our hike on the nab cottage yoga hikes weekend was over Loughrigg Fell to the Loughrigg Tarn.  Another of our favourite spots to stop for lunch and enjoy the view over the water. 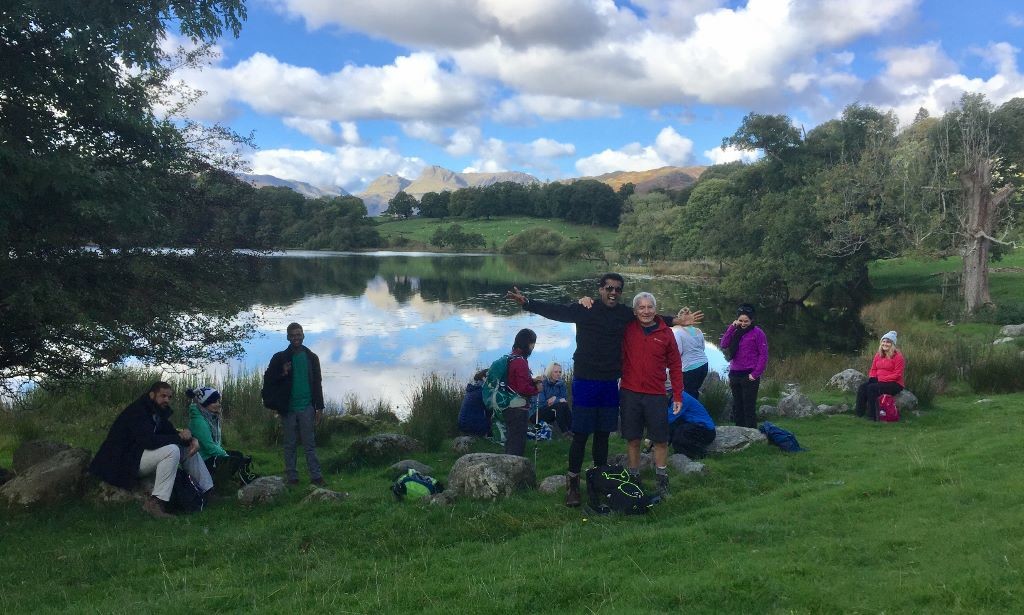 Then it was back for the final yoga class before serving tea and cake in the cottage. 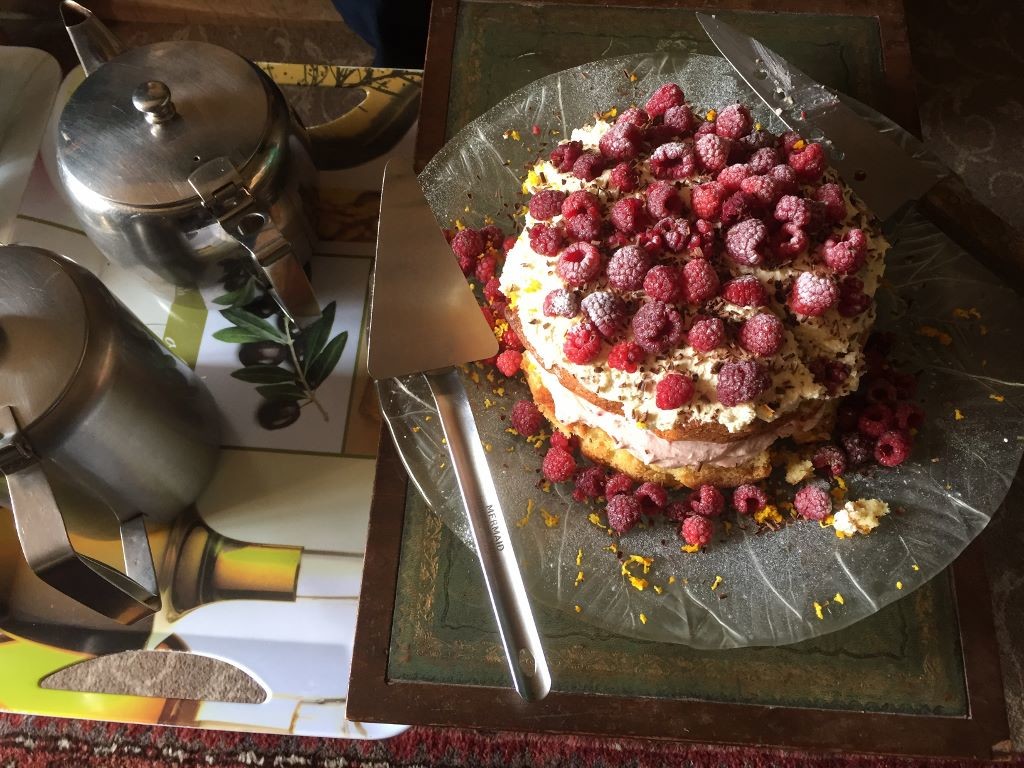 We will be returning to Nab Cottage twice in 2017, so click on the yoga hikes link above to see the dates and book.